A Stack of Books and a new toy

I recently splurged and bought myself a new light box. I was using a 25-year-old Princesses tracing box until the bulb went out and apparently they are not replaceable. Or I’m not as smart as a 5th grader because I couldn’t figure out how to get the bulb out to replace it.

Then I dug around and found a Lion King one. Same bulky idea, where the top opens to store all your stencils for tracing. This was only about 20 years old. Well, that one didn’t last much longer before it gave up the ghost. That’s when my lightbulb went off and I decided it was time for me to get my very own, grown-up light box.

I studied them all, read all the reviews and finally decided on the Artograph Light Pad Light Box in the 12″ x 9″ size.  After finally deciding on this brand, I struggled deciding which size to order. I let reasoning take over and came to this decision based on most often using the printer, in conjunction with tracing, and with traditional sized printer paper size this would be a perfect fit. And it is. I love this thing! 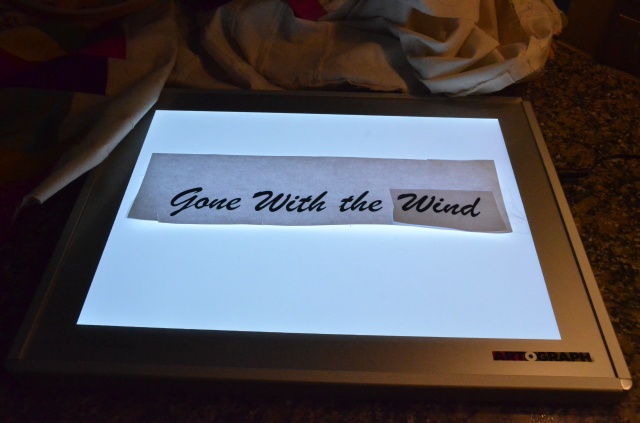 It is lean and clean, lights up evenly and is beautifully bright. 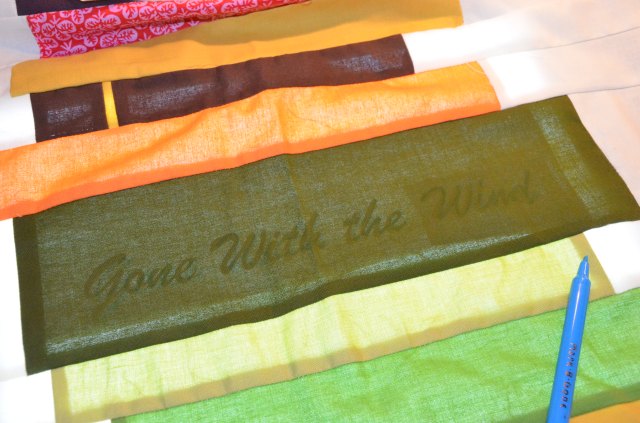 I tried many different methods of transferring lettering the lettering and for me, my trusty blue pen, and fonts pulled off the computer, for tracing worked best. And if I was a wiz at identifying the fonts of the book titles I choose, or even a font with similar characteristics, things would be going even faster! 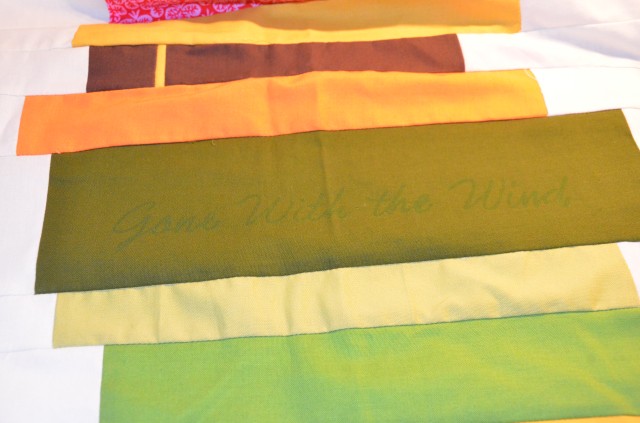 This project is taking me forever, but I’m learning to embrace it.

Not really. It is a perfect example of faking it until you make it though. I’ll fake knowing what I’m doing. And liking it. And smile all the while. 🙂

And two years later, it is still the quilt project I keep coming back to when nothing else is prepped to work on in front of the evening TV. 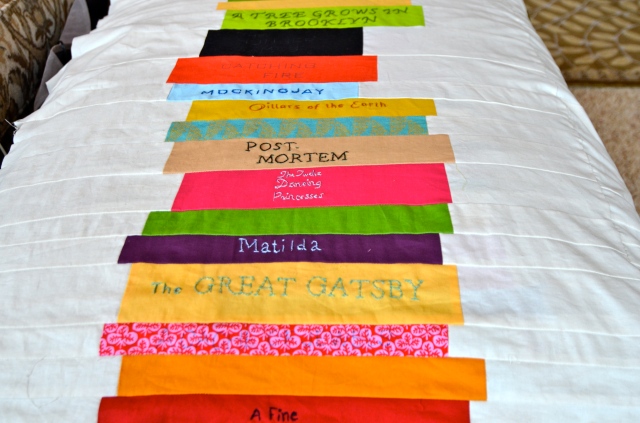 I just keep reading and just keep stitching… And adding books than made an impression, on me, as I go.

Linking up with:
Fabric Tuesday
WIP

24 Responses to A Stack of Books and a new toy