The Silent Sister by Diane Chamberlain

In The Silent Sister, Riley MacPherson has spent her entire life believing that her older sister Lisa committed suicide as a teenager. Now, over twenty years later, her father has passed away and she’s in New Bern, North Carolina cleaning out his house when she finds evidence to the contrary. Lisa is The Silent Sister alive. Alive and living under a new identity. But why exactly was she on the run all those years ago, and what secrets are being kept now? As Riley works to uncover the truth, her discoveries will put into question everything she thought she knew about her family. Riley must decide what the past means for her present, and what she will do with her newfound reality, in this engrossing mystery from international bestselling author Diane Chamberlain.

Enjoyable read. Although it wasn’t hard to figure out the mysteries involved, the writer developed the plot with enough characterization and details to make it interesting.

This novel, that admittedly, didn’t offer too many surprises, was well-paced, well-written and managed to hold my attention. Actually more than just hold my attention. Considering I’ve been feeling like I have been bogged down in American history books, this one had me excited enough to hop back on the treadmill to read more. Characters were well-developed, for the most part believable, and fairly complex. The story was intriguing and original, a midweight page turner for sure.

This was the first I have read of Chamberlain’s work. I recently read that if you are new to her writings it is probably not advisable to start here. Try The Midwife’s Confession or perhaps Necessary Lies instead. I’ve added both to my reading list. Or at least understand that she has books others loved even more.

Next up….
I just started Dark Places by Jillian Flynn and it has sucked me in quickly.

FROM THE #1 NEW YORK TIMES BESTSELLING AUTHOR OF GONE GIRL

Libby Day was seven when her mother and two sisters were murdered in “The Satan Sacrifice of Kinnakee, Kansas.” She survived—and famously testified that her fifteen-year-old brother, Ben, was the killer. Twenty-five years later, the Kill Club—a secret society obsessed with notorious crimes—locates Libby and pumps her for details. They hope to discover proof that may free Ben. Libby hopes to turn a profit off her tragic history: She’ll reconnect with the players from that night and report her findings to the club—for a fee. As Libby’s search takes her from shabby Missouri strip clubs to abandoned Oklahoma tourist towns, the unimaginable truth emerges, and Libby finds herself right back where she started—on the run from a killer.

Also reading All the Light We Cannot See by Anthony Doerr, this one has been a little slower to catch my attention, but I am still plugging along hoping the pace will pick up soon. 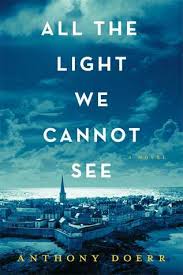 What are you reading right now?

Linking up with:
It’s Monday, What are you Reading?

5 Responses to The Silent Sister by Diane Chamberlain