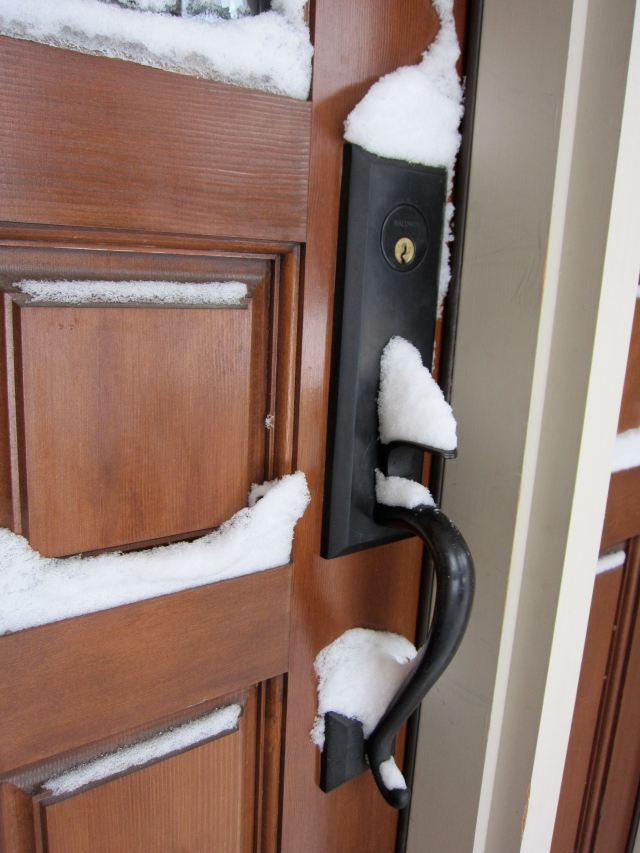 Groundhog Dump Day, aka, Blizzard of 2011.  Record breaking 24 hour snow for February 1, February 2, February in general, and still debating the all time record setting 24 hour snow storm.  The debate is whether or not the Blizzard of 1978 was bigger.  I have heard the tales and I do not believe we can ever live up to it’s legend.  We’ll see what the record keepers decide……..

Personally, for us, this our biggest hit.  Winter of 2009 was comparable.  It was the last time a Blizzard warning was issued.  It was big.  But GVSU didn’t cancel classes, then, and they did, today, ahead of time, even.  Yay for all the 4th year college students experiencing one of their few, college life, snow days!!!  Go ahead and wear those pj’s inside out and backwards, one more day.  It can’t hurt.

Oh, and by the way, Punxsutawney Phil emerged, just after dawn, this morning, to look for his shadow. He didn’t find it.  Spring is Near!!!  Right……. 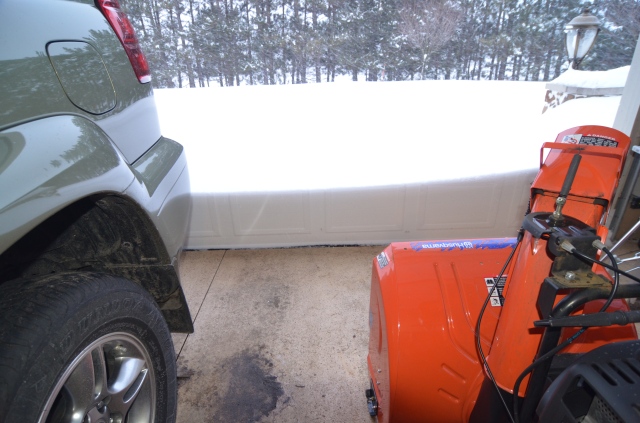 Ready to get started, look at the garage door imprint in snow, even after the door raked up it, LOL!

Pretty much 15″ everywhere, here, at 8am, it only got worse… until sometime after noon. 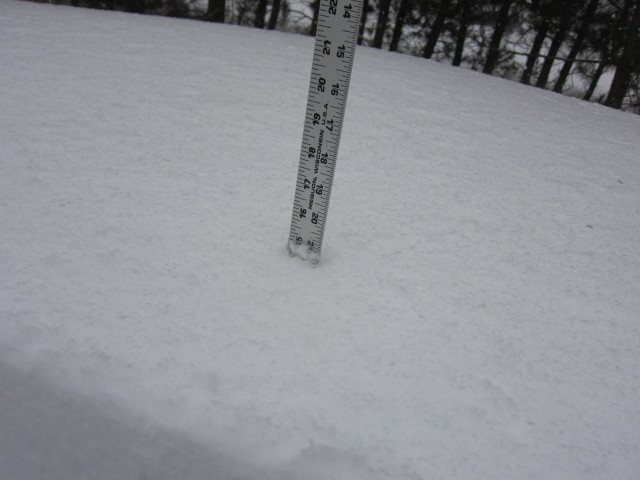 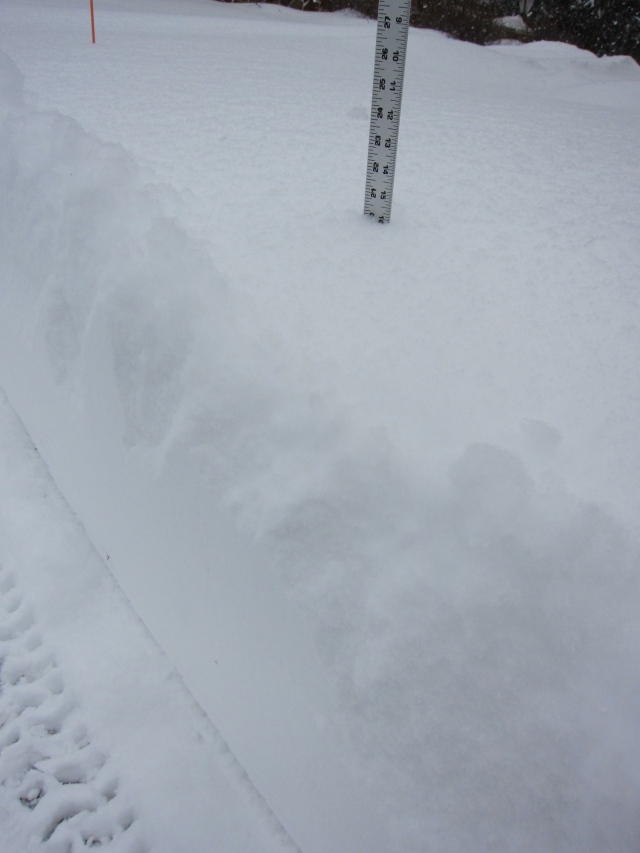 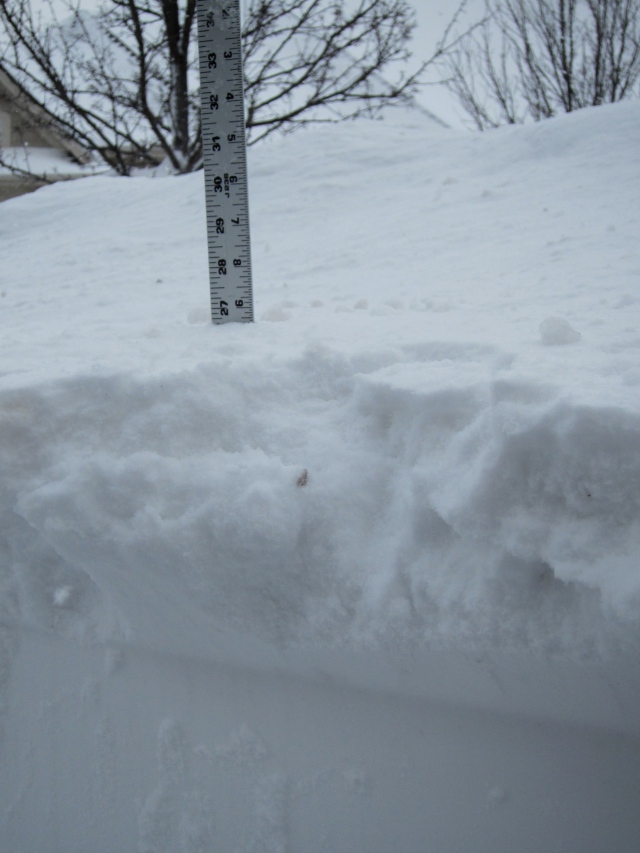 The snow was higher here/now than the snowblower.  See the ledge the blower cut? 27″ here. 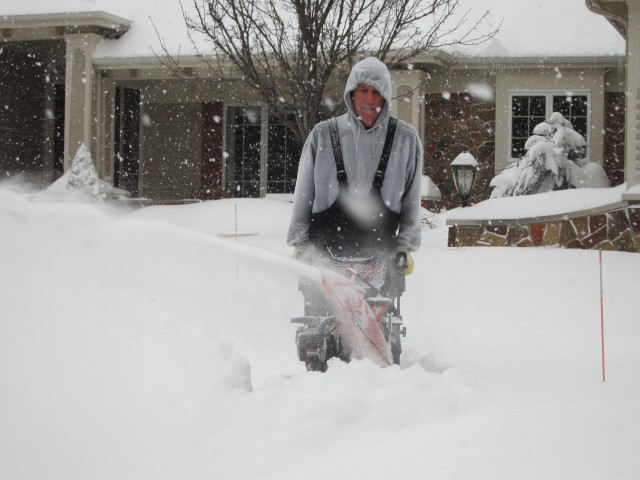 You could only *eat* about a 4-5" wide path at a time, just too much snow to handle. Good thing we got up early!

Drifts were more than 36″ in some places. 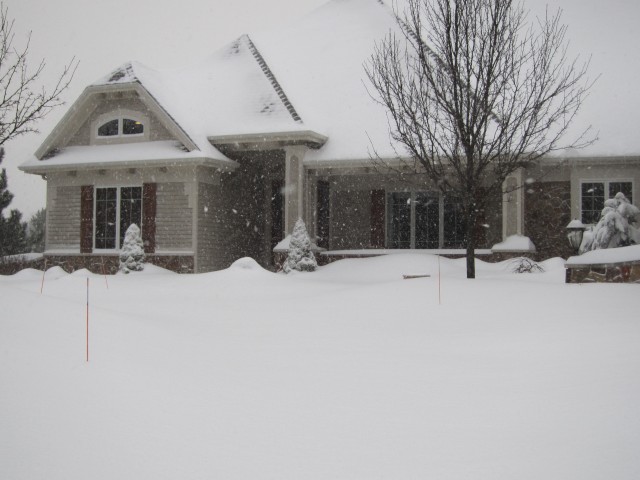 You mean there is a circle drive out there? Good thing we were gifted the super tall stakes this year! 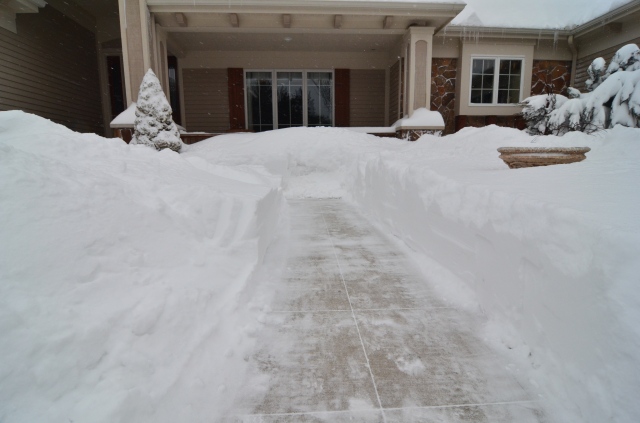 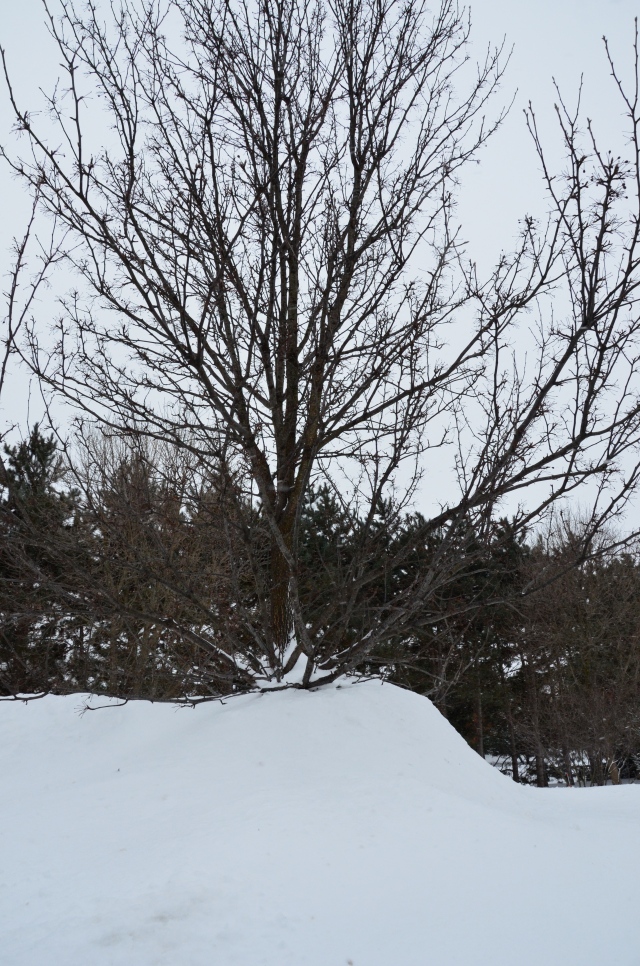 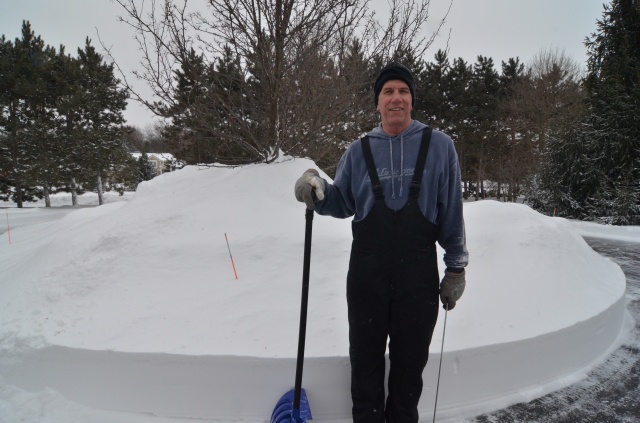 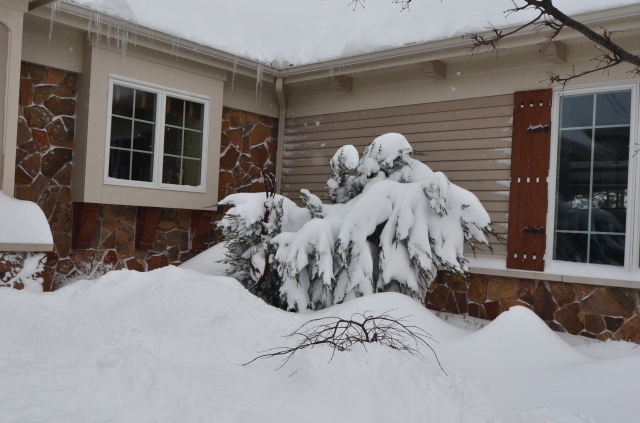 You can barely make out the giant chicken, to the left, in the collapsed tree. Bet he wishes he was at The Roos farm... They take better care of their poultry.... 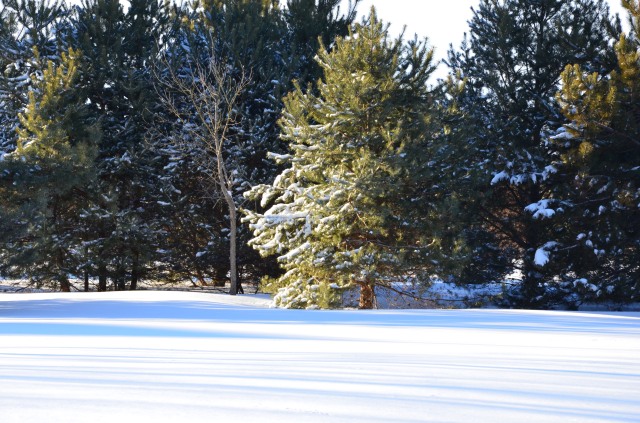 The sun come out and made it a beautiful, fresh evening! 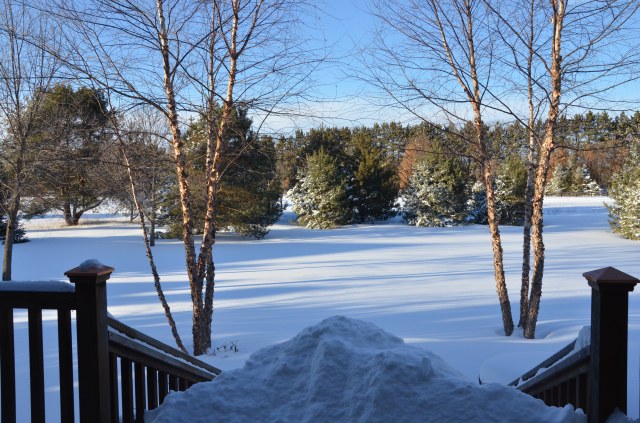 Out the dining room slider... Glad we can get to the grill, now. I just hope we don't need to exit through this stairway... Where is that sled when you need it? 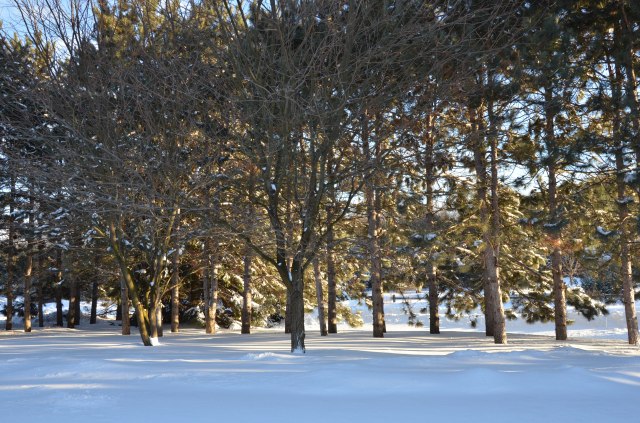 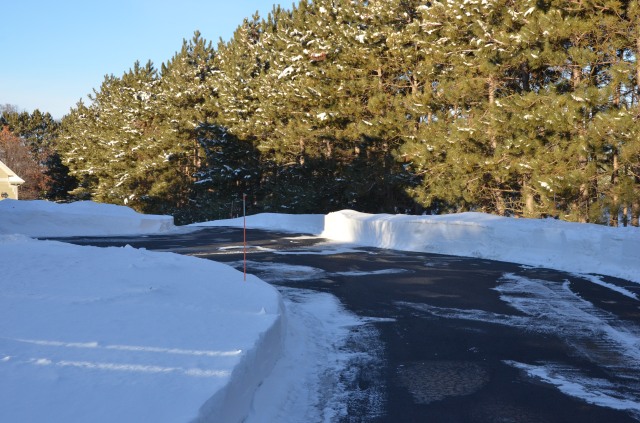 and what did *you* do for a workout today???

This entry was posted in Fitness, Snow. Bookmark the permalink.